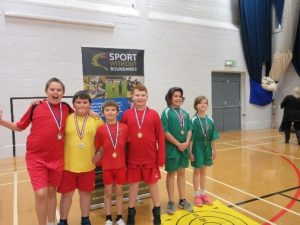 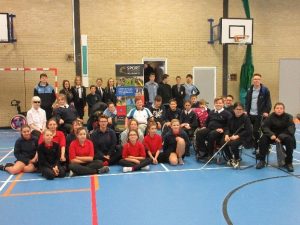 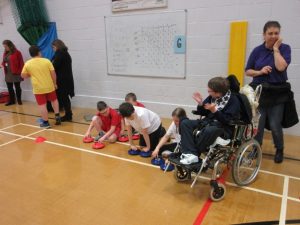 21 teams from schools based in the Littlehampton & Angmering area took part in the New Age Kurling event. Sports leaders from Oak Grove College and The Littlehampton Academy helped officiate the games, score and present certificates & medals. The players competed in one of 3 Round Robin matches in the first round of the event. Then, after watching a very close match between staff and sports leaders they were separated into groups for their last 2 matches. 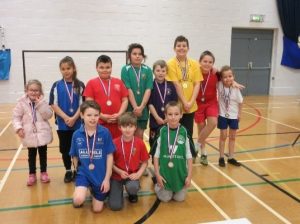 Above: players awarded medals for showing best improvement or sportsmanship

It was a very tightly competed tournament with Lyminster clinching the gold medal by 1 point!

Well done to everyone who took part! 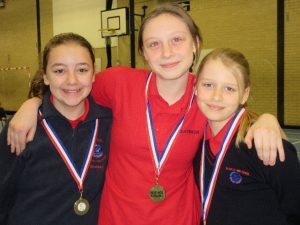 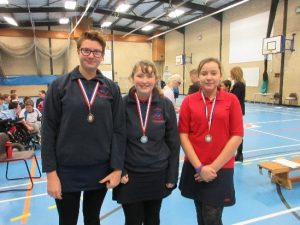